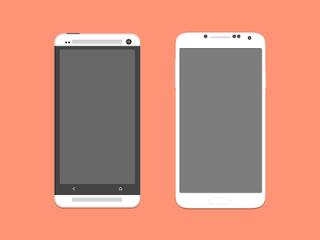 How to Take Screenshot Pictures on an Android Phone – Screenshot is the process of taking pictures (capture) from the screen of a device. On Android we can take screenshots in different ways for each brand and type of device such as a smartphone (cellphone) or tablet.Screenshot images are usually used to retrieve information from cellphones such as SMS / BBM / Whatsapp / other conversation history, save the results of a game, report display errors, or just to share what we are seeing on our cellphones.The following is taking screenshots on Android phones :

On All Samsung Galaxy Type Phones.

First, display the picture to be taken on your mobile screen, then then press the power button and the home button simultaneously for 3 seconds or until you hear a snap photo. Then check in your memory card whether it has been saved or not. Usually in the camera folder, if it’s not there please look for it in another folder: 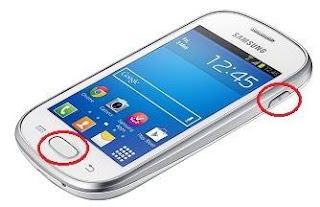 Press the Power and Volume (-) buttons simultaneously for three seconds or until you hear a camera capture sound and vibrations emerge. Usually screen shots will be saved in the camera or gallery folder.

As for Blackberry 10 and others, you can take pictures on the Blacberry screen by simply pressing the Volume (+) and Volume (-) buttons at the same time until the words: screen shots are stored in your personal space. Screenshot photos you can see in the camera folder that you can access through the file manager.

How to Take Screenshot Pictures with Applications.

If you can’t use the two methods above, that means your cellphone doesn’t have a screenshot feature, so you have to install a free screenshot application from Google Play.Open your Google Play Store, then type in the search field: OK Screenshot .If you have found OK Screenshot with the icon as shown below, then install the application. 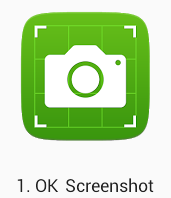 If already installed, click OK Screenshot to adjust the settings. Select screenshot mode so that the display appears as shown below:

Select the key combination that you want to use to take a screenshot of your android phone’s screen. Done.Thus a brief explanation of How to Take Screenshot Pictures on an Android Phone . If you like this article, please provide a like, tweet or comment below. thanks.

How to Save Xiaomi HP Batteries Up to 10x Fold

How to Share Wifi ID Network from PC / Laptop to Android