How to Overcome Android Phones that Heat Fast 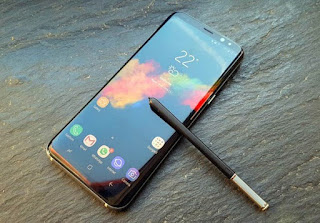 How to Overcome Android Phones that Heat Fast – Maybe my friend once asked, why does Android heat up quickly when bagged, playing games, or others. The important thing that is sometimes not understood by people is that the symptoms of heat on a smartphone is a natural thing. This is not caused by the poor quality of cellphones (although cheap cellphones tend to be so), but by the work activities of the cellphone itself. Even expensive cellphones of Samsung Galaxy S5 or S6, for example, many users complain of overheating.This Hot Fast Smartphone is normal behavior, and something happens to almost every cellphone, both with the Android, iPhone or Windows operating system. This heat comes from your cellphone battery, which usually heats up when you do continuous activity on the cellphone which causes the cellphone power to be used faster than usual. Like for example when you make a phone call, use GPS, watch videos, and other activities.If your phone is so hot and the battery energy drops dramatically, it means the battery is damaged. But if not, your problem is just a hot and uncomfortable phone to use. And if your battery is hot, it means the battery is draining quickly which is not normal and that will have a bad impact on the battery.In addition to the battery, the cell phone gets hot quickly also due to the work of the cpu, ram, and other hardware on a heavy cellphone. That is what causes cellphones with low specifications tend to be more easily hot if used to do heavy activities continuously. 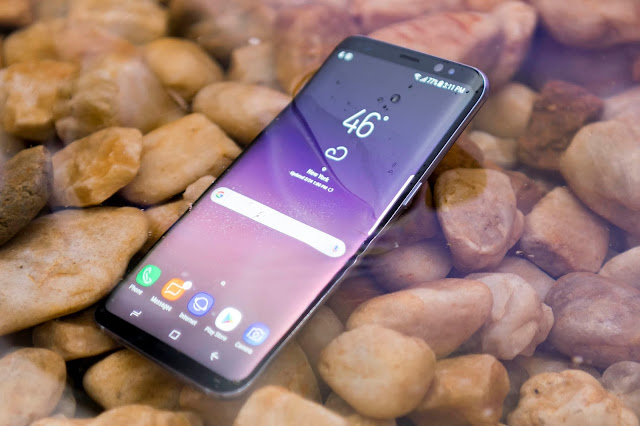 As has been explained, if indeed battery power often drops dramatically, dies suddenly, and others, we can be sure that the battery is damaged that’s the cause.

2. Keep away from heat

Yes, sometimes the heat on a cell phone is not sourced from the cellphone itself, but from outside influences. Like for example the air that is hot, put on the television, near the oven, next to a laptop fan that emits heat, and others. The solution is of course keep your cellphone from all that.

3. Do not use while being charged

4. Turn off applications or connections that drain the battery

Try closing all applications correctly, either through the task manager or third-party applications. In addition, also turn off unnecessary connections such as Bluetooth, WiFi, GPS, infrared, and other connections. Also make sure my friend is in a location that gets a good signal, because a cell phone that works continuously looking for signals also causes heat.One thing that is certain is also do not use led lights as a flashlight for a long period of time, this certainly drains the battery and makes the phone heat up quickly.Battery-saving applications such as JuiceDefender on Android can also be considered to help with this problem, or by closing all applications running on the iPhone. In essence, my friend must do all the steps that make battery performance more efficient.

Sometimes, there are applications that make the CPU work continuously even if it is not used, or some are apparently running abnormally than they should. This will certainly cause the battery to work abnormally and will cause heat.To overcome this, you can monitor the work of the application through the default Android task manager or use applications such as Watchdog that will help you track these symptoms on Android. So if your cell phone gets hot quickly and you don’t know the cause, maybe the application can provide instructions.

In some cases it was found that the use of additional casings caused excessive heat. This may be because the casing becomes an obstacle for cellphones to look for signals. In addition to the casing, it can also be placed in a bag, storage box, or others. To overcome this, simply open an additional casing or place it in an open place to get fresh air.Activities such as watching videos or continuously turning on the GPS as a guide will certainly cause heat on all types of smartphones. To overcome this, my friend needs to add a smartphone holder / holder so that the hand does not hold the handphone continuously.

Overclocking a cell phone is one way to increase smartphone speed more than standard conditions, but that will use more battery power and heat will certainly be faster. Only use SetCPU to underclock your cellphone if you experience constant heat problems.

This is a kind of last resort but also the easiest and most carried out by mobile users. Uniquely, it is effective in reducing heat. The trick is, turn off the cellphone, remove the back casing of the handphone and also the battery. Wait until it is completely cold and then reassembled and turn it on again.

However, some news in the media also preach cases that are more than just a cell phone damaged by heat, but also like for example a Samsung cell phone or iPhone that caught fire or exploded. Serious accidents that occur either when used to call, when charged, or other things.Even though technowordl.com itself has never witnessed an event like this beforehand, for safety and safeguard against unwanted dangers you should still be careful when using a hot smartphone and encounter these symptoms.If the phone is too hot, crashes frequently or randomly shuts down, and my friend has done the various methods mentioned, immediately take the cell phone to the service center to claim the warranty or to the nearest cellphone counter to get better diagnosis and care from the experts.But if it only happens once in a while and can be overcome in the manner mentioned, that means your cellphone just isn’t strong enough to handle such hard work. Buddy just needs to rest the cellphone, restart it, and provide a little cool free air flow and if necessary press it with an air conditioner (AC). Indeed this is not a perfect solution, but armed with the knowledge of why this happens, at least my friend can stop the heat that continues and often happens.Similarly, How to Overcome the Fast Android Cellphone Heat that can technowordl.com convey, write your response in the comments column to share.

How to Save Xiaomi HP Batteries Up to 10x Fold

How to Flash Nokia Phones with Phoenix